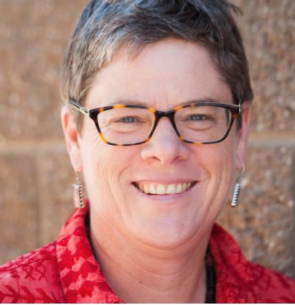 Leslie received her initial Family Constellations training in 2008, and has been leading constellations since 2009.

Subsequently, she was a founding board director of North American Systemic Constellations (NASC), and has presented at all of the NASC conferences since 2011.

She was a presenter at the International Systemic Constellations Association (ISCA) gathering in Zagreb in 2016, and at the Australasian Constellations Intensive in Sydney, Australia in March, 2018. She’s led workshops in Thailand and New Zealand.

Leslie has also been an Episcopal minister for over twenty years.

She is a regular contributor to the professional journal of Constellations, The Knowing Field.

More information about her and her trainings can be found at www.conviviumconstellations.com.

How do personal struggles with financial wellness meet the broader collective concerns with economic injustice? When we work with clients who struggle with financial wellness, they tend to come with one of two common, cultural stories about money: 1)   Money is just energy, and you have to fix your mindset to have as much as […]