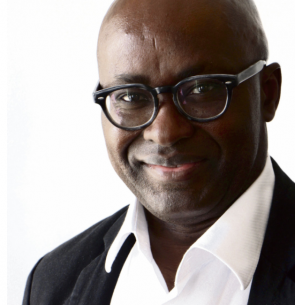 Achille Mbembe was born near Otélé in French Cameroons in 1957. He obtained his Ph.D. in history at the University of Sorbonne in Paris, France, in 1989. He subsequently obtained a D.E.A.in political science at the Instituts d’études politiques in the same city. He has held appointments at Columbia University in New York, Brookings Institution in Washington, D.C., University of Pennsylvania, University of California, Berkeley, Yale University, Duke University and Council for the Development of Social Science Research in Africa (CODESRIA) in Dakar, Senegal.[1]  He is currently a research professor in history and politics at Harvard University‘s W. E. B. Dubois Research Institute.[4]

His main research topics are African history, Postcolonial Studies and politics and social science. Although he is called a postcolonial theorist, namely due to the title of his first English book, he has thoroughly rejected this label more recently,[9] because he sees his project as one of both acceptance and transcendence of difference, rather than of return to an original, marginal, non-metropolitan homeland.

His central work, On the Postcolony, was translated into English and released by University of California Press in 2001.[13] This work has also been republished in an African edition by Wits University Press, and contains a new preface by Achille Mbembe. In this text Mbembe argues that academic and popular discourse on Africa is caught within a variety of cliches tied to Western fantasies and fears.[16] Following Frantz Fanon and Sigmund Freud, Mbembe holds that this depiction is not a reflection of a real Africa but an unconscious projection tied to guilt, disavowal, and the compulsion to repeat. Like James Ferguson, V.Y. Mudimbe, and others, Mbembe interprets Africa not as a defined, isolated place but as a fraught relation between itself and the rest of the world which plays out simultaneously on political, psychic, semiotic, and sexual levels.